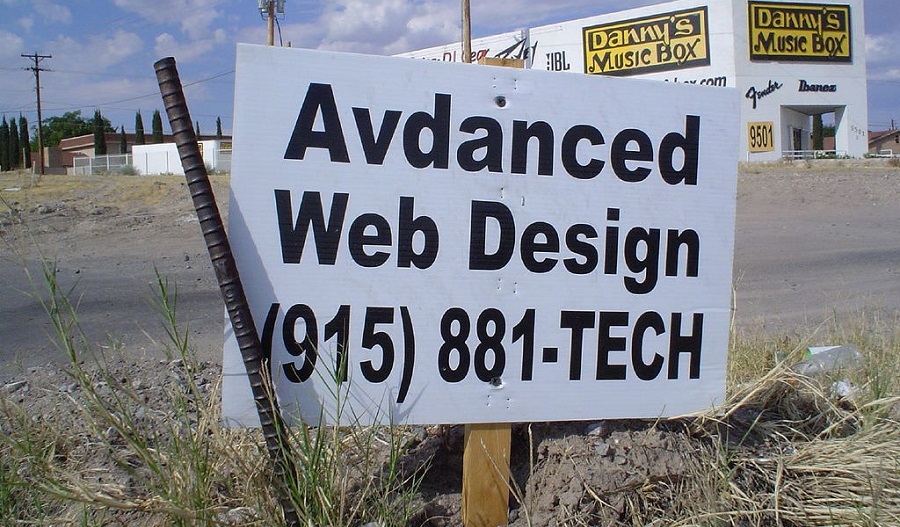 In this article, I’m going to prove how building a cheap website, or how using a cheap template website is going to cost you way more than just spending a little more money upfront to an expert would cost.

This is something many professional web designers fail to explain properly to their clients and prospective clients, so I hope to help them out a little here, too. END_OF_DOCUMENT_TOKEN_TO_BE_REPLACED 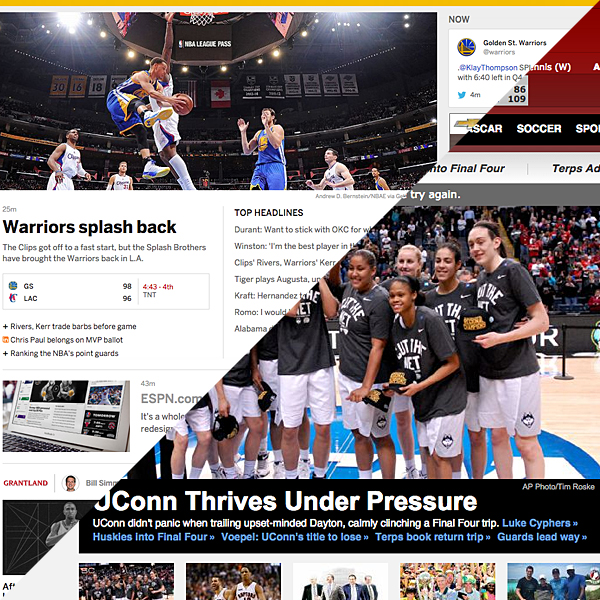 We’ve seen it before. Re-Design Fails by large companies which result in such a backlash that they have no choice but to return to the “old” design. Remember The Gap logo? The $800,000 2012 London Olympics logo? The 2009 re-branding fail of AOL? Well, OK, maybe no one remembers the AOL re-branding because…it was AOL in 2009. ESPN.com is the next “winner” in the unfortunately long list of corporate re-designs. Since this launched at midnight on April 1st, we were all hoping it was just one big April Fool’s joke. However, the joke was on whomever approved such a disastrous re-design with horrible usability and insanely blatant advertising money grab. END_OF_DOCUMENT_TOKEN_TO_BE_REPLACED

Whatever size your business is, chances are, you’re making some major mistakes when it comes to your website. We have listed the Top 5 biggest mistakes below. There are more, but these are the top of the top and will have the biggest negative effect on your business. These all must be corrected ASAP, because each of these hinders your ability to get found, get more clients, and ultimately use your website for what it’s meant for…to help your increase your business!

END_OF_DOCUMENT_TOKEN_TO_BE_REPLACED

Joel Metzer of the L.A. Business Spotlight Podcast sat down recently with Circle Marketing’s Louis Tanguay to discuss some tips and hints for Small Business Marketing success. Their interview can be heard END_OF_DOCUMENT_TOKEN_TO_BE_REPLACED

One of the most important steps a small business can take in their marketing today is  to establish and grow a list of interested potential customers to communicate with on a regular basis. Some prefer to do this through Social Media, but the most effective form of this is best handled through E-Mail Marketing.

END_OF_DOCUMENT_TOKEN_TO_BE_REPLACED

Another guest post written by one of us for another great website! If you want one of us to write a great blog post for your website, just contact us, and let us know what you need! We’d love to see if we can help out!

Last week we were asked to return to the Marcielle Presents TV Show in Pasadena, CA. The first time we were there, host Marcielle Brandler and our very own Louis Tanguay sat down for a 22 minute segment on Small Business Marketing. You can view that entire interview on our YouTube channel. This time, we were helping out Marcielle with a brand new article for her show’s website, entitled “Understanding Facebook Marketing.”

Check it out here, and let us know what you thought in the comment below!

Recently, Circle Marketing’s founder and managing director, Louis Tanguay, was asked to appear on Lisa Steadman’s WooHoo Radio Show! Lisa’s a ball of energy and excitement, and she’s always full of such useful information about personal and professional branding. Check out her WooHoo Radio show, and also her business website as well.

In their segment together (embedded below), Lisa and Louis discussed the Top 3 Essentials for websites to be most effective, and some ways every company can up-level their brand and kick their business into a higher gear. END_OF_DOCUMENT_TOKEN_TO_BE_REPLACED

Today’s blog is a Guest Blog for Circle Marketing by Susan Newman, CEO, Susan Newman Design, Inc. Susan is also the founder of Broadcast Louder, which is a business learning website which features many webinars and classes by a number of experts in all areas of business. We are honored to have her write this post for our readers…enjoy!

What is Brand Visibility and how can you get it?

Each business has its mission and goals, but in order to achieve these, the target market of who you are trying to reach, need to find you. How can they if you don’t brand and market your business effectively, both online and offline.

END_OF_DOCUMENT_TOKEN_TO_BE_REPLACED

Encouragement Speaker Derrick Hayes interviewed Circle Marketing’s own Managing Director, Louis Tanguay recently. Posted on DERRICK’s website, the interview talks about how Circle Marketing was started, how to keep focused during challenging times in your business, and some keys to success.

If you’re starting out with your business, or are hitting a few ruts, maybe head on over to DERRICK’s website and check out the interview. END_OF_DOCUMENT_TOKEN_TO_BE_REPLACED

How to Create FUN and EFFECTIVE Web Promo Videos [VIDEO]

This blog is brought to us by the great marketing mind of Renae Christine, from RichMomBusiness.com, and many others. This “Mompreneur” has created dozens of successful businesses for herself and others. With kids in tow, Renae couldn’t keep up with the demand for her help, and could no longer help everyone she loved –and she loves everyone. Thus, Renae started a Rich Mom YouTube Channel where she can help others start and expand their businesses en masse! Subscribe to her daily, funny 2-minute videos at RichMomBusiness.com. Thanks, Renae, for your “awesome sauce” and very helpful video!

END_OF_DOCUMENT_TOKEN_TO_BE_REPLACED

We all want to rule Google and Bing, right? We all want to be in the Top 3 results for all of our desired KeyWords, right? Well, in order to do that, you’re going to know some essential basics about Search Engine Optimization (SEO). This post will give you a mile-high overview of SEO, and get you moving in the right direction. Think of this as a Top 10 Best Practices for how to begin to get those search engine rankings you (and all of your competitors) desire.

END_OF_DOCUMENT_TOKEN_TO_BE_REPLACED

You forgot the most important part about making the film. Marketing it. If you rely only on selling the film to a distributor or studio, then what happens if (and this is more likely to happen than you like) no one buys the film? What then? END_OF_DOCUMENT_TOKEN_TO_BE_REPLACED