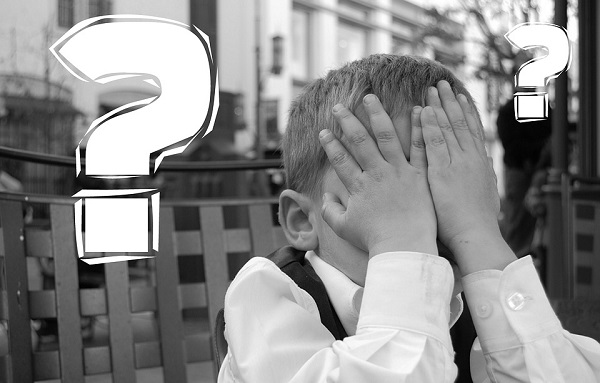 In our earlier article, “Top 5 Website Mistakes You Shouldn’t Be Making” published a little earlier, we went through the Top 5 Mistakes most websites make. This goes for Small, Medium, and Big Businesses. Having a bigger business still doesn’t mean that a company is hiring the right people who are lead generation and search engine optimization minded. You’re not them, though. Well, not after reading both of these articles, right? Here are 5 more mistakes that we see all the time, and they don’t need to be made. These mistakes are hurting your ability to increase your END_OF_DOCUMENT_TOKEN_TO_BE_REPLACED

Branding A Company for Strategic Growth

Designer and brand expert (and Google Analytics addict) Susan Newman started doing interviews about branding and positioning on her Branding You Better website. There’s a new one every few weeks or so, and they are incredibly insightful. Anyone interested in learning how to brand your business for strategic growth should read through a few of her brand interviews, and see how others who have been successful have done it.

END_OF_DOCUMENT_TOKEN_TO_BE_REPLACED

You’ve seen the new DSLR cameras at every children’s party, and you’ve probably seen the vast amount of untrained (and mostly untalented) newbie “pro” photographers cropping up all over Facebook and on Wix websites. Everyone with a $900+ camera is a photographer, right? Well I’m here to tell you that while, yes, technology has improved our collective abilities to capture those special moments in our lives, there is a charm to the horrible family photos hiding away in your (or your parents’) old photo albums.

Check out the two photos here. Neither one is going to win this forgotten family photographer the World Press Photo of the Year award, but there is a certain something that’s been captured which the family will treasure and value forever. That treasure is END_OF_DOCUMENT_TOKEN_TO_BE_REPLACED

You have seen the FedEx logo before many times. You may have even noticed the tiny arrow hidden in there. You have seen the colors. Maybe you like it, maybe you think it’s boring, maybe you think it’s brilliant. I’m in the latter camp. I think, personally, that the FedEx logo is one of the best pieces of branding ever created. It’s my duty to explain why this is so amazing; END_OF_DOCUMENT_TOKEN_TO_BE_REPLACED

When writing content it seems like most bloggers and writers have various view-points, but only a few write for the Big Three: Search Engine Rankings, Human Conversions, and Human Interest. You will see any given blogger writing for one of these three focal points, sometimes will you see posts written with two of these, but rarely will you see all three. Let’s break each down, then give you some tips on how to be one of the best bloggers out there!

1. WRITING FOR SEARCH ENGINE RANKINGS
Search Engines aren’t going to sign up for an e-mail list, and they aren’t going to buy your products and services. However, they can bring a great deal of traffic to your posts.

END_OF_DOCUMENT_TOKEN_TO_BE_REPLACED

Have you ever wondered why your automated posts aren’t getting the results you want? How about when you post the same piece of content on 10 different social networks, and there’s no bump in your website traffic? What’s going on? Does Social Media NOT WORK? I’m here to give away a Social Media Marketing secret that’s will be pretty obvious once I divulge it, but yet most marketers and Small Business owners don’t take the extra step in their strategic thought process to get to it.

Here it is: Each different Social Network has a different personality, and once you know how to END_OF_DOCUMENT_TOKEN_TO_BE_REPLACED

Circle Marketing’s Managing Director, Louis Tanguay, had the pleasure of writing a guest post on Susan Newman Design Inc’s blog about Why Facebook “Doesn’t Work” For Your Small Business. In this article, Louis explores Facebook’s EdgeRank algorithm, and how most small businesses don’t END_OF_DOCUMENT_TOKEN_TO_BE_REPLACED

This has to be one of the best advertisements of all time. It’s the rare and perfect example of the right ad for the right response with the right placement. The stars align only so often, and for this situation they aligned perfectly for BMW.

Right here in Los Angeles, Audi threw down the advertising gauntlet and challenged BMW to respond to the all new Audi A4. Audi claimed that it was a step up from BMW. “Your move, BMW,” read the billboard on the Sunset Strip, and featured an all black Audi A4 against a clean white background. Oh, yeah. It was on now. S#!t just got real up in here…as the kids say.

One of the local BMW dealerships saw the billboard and responded perfectly and with finality. Santa Monica BMW secured billboard space near the Audi billboard and placed an all white BMW against a jet black background and simply put the word, “Checkmate.”

One giant reason why most businesses don’t reach their full potential, is because there isn’t someone working for the company, or contracted by the company, who can comes up with all the out-of-the-box business development ideas and marketing ideas that maybe a seasoned and successful small business marketing consultant could.

To get you thinking about the possibilities for your own small business, here are some that were mentioned in the video above, and how they might work for you…

END_OF_DOCUMENT_TOKEN_TO_BE_REPLACED

Congratulations! You have a small business and you’re either just starting out, or you know you need some help to move to another level. You’re seeking out some advice and ideas. This is the first step to getting to that next level. You’re already ahead of the thousands of other Small Businesses which feel that “figuring it out” is the best course of action. This is why you’ll still be in business when they’re packing up the final boxes and wondering what went wrong.

END_OF_DOCUMENT_TOKEN_TO_BE_REPLACED

In the video above, there is a mention that “everything is possible with the right strategy.” This is an empowering and important thought. Tony Robbins, the great DIY business owner and self-help guru said once that “Success Leaves Breadcrumbs.” This essentially means that there are any number of steps one can take to achieve the same, or similar success another has experienced. One just needs to know how to find where those breadcrumbs are, how to track them, and which path of breadcrumbs is the right path of breadcrumbs for your small business, and for your business strategy. Whatever it is you want to accomplish can be accomplished; and probably already has been accomplished. If anyone can do it, then you can do it.